The history of special education in New South Wales was filled with groups of special educators who had come together for mutual support both personal and professional and for training and development in general, but especially in curriculum development in its broadest meaning. Some of these groups were of a localised grass roots based movement that were very fluid in composition and life span. Others were initiated by State or Regional personnel. Some focussed on specific areas of special education whilst others were more generic in nature.

SEPLA started as the SSP Principals’ Network, a grassroots initiated organisation. This network was a product of its time and environment. During the early and middle 1990s there were a number of factors that influenced its formation:

The integration movement was in full swing which resulted in some SSPs being closed. The enrolment criteria of some SSPs were being changed significantly whilst other SSP enrolment practices were being modified.
Special Education was establishing its own Directorate and thus was removed from Guidance.
David McRae had been commissioned by the Minister for Education and Training to investigate the inclusion of students with special needs in the regular school setting. His report was released in July, 1996.
In August 1995 the Department of School Education reformed again into a centralised system. This included special education. Preceeding that change each Region was responsible for its own practices which resulted in variations in facilities, enrolment and staffing practices between SSPs.

Given those influences a small number of SSP Principals in the Metropolitan West met to ascertain if there was an opportunity to influence the future of SSPs. Those Principals wanted to be involved in planning for the future.

Informal planning meetings were held to agree upon and clarify goals and strategies. The first formal meeting was held at Rowland Hassall SSP on 7th September, 1995 to assess if there was general support from SSP Principals for their own organisation and to identify issues relating to SSPs which would need to be addressed in the new centralised administration

A working party was established. One task was to recommend whether a discrete organisation be formed or whether it would be more advantageous to be an interest group within the NSW Primary Principals Association.

The objectives of the network were to:

promote SSPs as a valued and valuable choice for student placement,
work collaboratively and consultatively with senior officers of the DSE to meet the needs of students in SSPs,
promote the concept that the DSE should utilise the expertise and experience that existed in SSPs,
promote the professional development of principals of SSPs,
facilitate networking, mentoring and collegiality between principals of SSPs.

THE SSP PRINCIPALS’ NETWORK’S MOTTO WAS, ‘OUR FUTURE IS IN OUR HANDS.”

The majority of SSP Principals recommended the Network becomes an interest group of the NSW Primary Principals Association. The reasons were:

Negotiations were held with PPA executive members which resulted in the Network becoming an Interest Group which allowed it to have an observer attend all PPA Council meetings including its Annual Conference.

It was recognised there were potential disadvantages:

A Newsletter was established under the slogan, “Networking, Mentoring and Debriefing.”

Inservice activities were held on a regular basis often being hosted by a range of SSPs which allowed greater understanding of the issues being faced by the different settings. A webpage was established.

Its first Annual State Conference was held at The Travelodge, Rosehill on November 14-15 1997 with the title, ‘Implementing Exemplary Leadership in Special Education.’ Other conferences were held at Leura, Newcastle, Wollongong, The Wentworth, Sydney where it hosted its first National AFSEA Conference and later the Novotel, Brighton Beach.

At a Network meeting in June, 1996 it was decided to accept an invitation to join with like members from other States to consider establishing a National Body.

The Australian Federation of Special Education Administrators (AFSEA). was formed as an outcome of the inaugural national conference of special education leaders in Adelaide in November, 1997. This name was later changed to the current ASEPA. 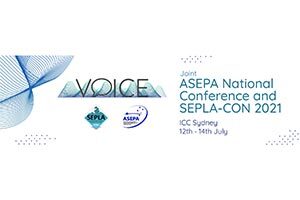 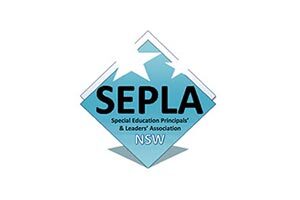 The COVID situation continues to be a grave concern across the country but
especially for our colleagues in Victorian Special Schools who enter their 8th week
of hard lockdown. It is important that in our dealings with state and territory
associations and members we are cognisant of the very different situations and
realities that exist. 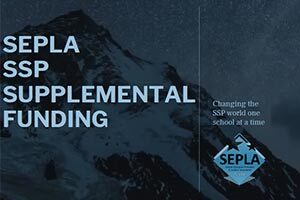 The Special Education Principals' and Leaders' Association (SEPLA) put out the call for our schools and members to tell us what the SSP Supplemental Funding has meant to our students, teachers and schools, how they are using it and what have been the outcomes so far. 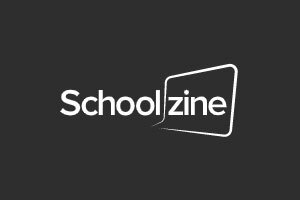 We are proud to inform you that we will be producing a new eNewsletter format with Schoolzine.  The purpose of moving to this new format is to engage the our SEPLA members more effectively and provide a more effective and content rich newsletter format. This new format will include videos, image galleries, online bookings, feedback forms, calendars, an app and much much more.